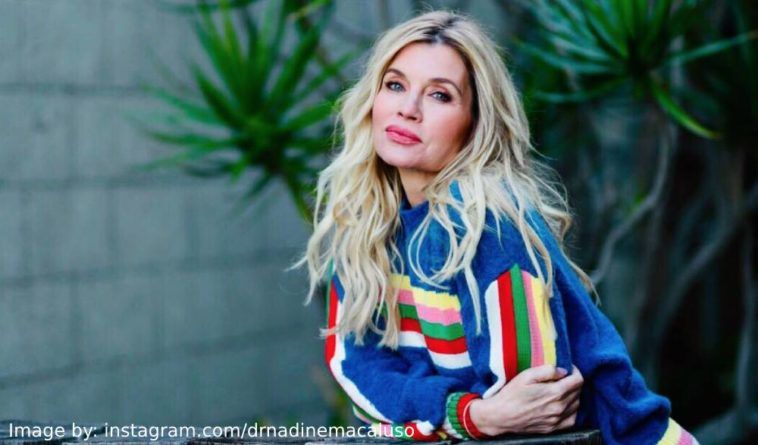 Nadine Caridi was a successful model and an actress. After leaving her acting and modeling career, the talented woman becomes a family and marriage therapist. She had gained name and fame in every field she had pursued. Though the passionate actress was successful in her profession, life was very harsh to her when it came to relationships. Her marriage with stockbroker Jordan Belfort didn’t end well. This 13-year long relationship ended up tragically. These ups and downs made her a stronger and more ambitious person in life. Let’s learn more about her.

On 6th of November in 1962 Nadine Caridi was born in London, UK. She is 5’8″(178cm) tall and her weight is 55kgs. She is a scorpion. She holds dual nationality of British and American. She is married now to John Macaluse. She

completed her Ph.D. in 2015 from Pacifica Graduate Institute in Doctor of philosophy and Somatic and Depth Psychology. In 1980 she earned her higher schooling degree.  After that Caridi started her career as a model, and by and by she started getting offers for doing commercials. Regarding all these achievements she got popular for her involvement with the stockbroker Jordan Belford. He was her first husband. They have a daughter and a son named Chandler Belfort and Carter Belfort respectively. She has a sibling named Anthony Caridi and he is running a pizza company now.

Nadine Caridi didn’t seem to share much about her parents. When she was a kid her parents came to Brooklyn, New York. Then they shifted to the United States.

Her mother’s name was Suzanne Caridi. As per sources, her parents broke up when she was very young so, she and her brother were brought up by their mother single handed.

While Pursuing her modeling career Caridi came in contact with her ex-husband Jordan Belford. They got to know each other through her boyfriend at a party.

Jordan was married at that time with Denise Lombardo. Jordan and Nadine started taking interest in each other ever since they met. Nadine and Jordan started dating and Jordan divorced his wife. Then he got married to Nadine Caridi in 1991. Their love seems too perfect. They were happy together and then life happened. Jordan’s involvement in many frauds leads to creating a lot of problems in their relationship. Their relationship started getting toxic and soon became a topic of controversy. They got divorced in 2005 after their 13 years of marriage. Jordan was also behind the bars for almost one and a half years.

After divorcing Jordan Caridi got married to John Macaluso, her present husband. They got married after a year of her divorce from Jordan. John was ex CEO of wizard global. John Macaluso had three daughters from his first marriage named Alexandra Macaluso, Nikki McTernan, and Frankie Macaluso. John is 20 years older than Nadine. But this huge age gap didn’t cause any stress in their marriage life. They seem happy together with their children. Currently, they are living in Boca Raton, Florida, USA. Marring John brought a new dawn in her life. After spending so many years of a toxic relationship with Jordan Belford who was drug-addicted and also involved in many affairs while being married, Caridi finally got a way out of that depressing relationship and found her true love in life.

She is truly a fighter. She didn’t let her life ruin her due to some bad decisions. Rather she came out of all those chaos and always found a way to make her life better. Now she is a successful licensed marriage and family therapist and respectfully called Dr. Nadine Macaluse. She is an optimistic person. She always chose her peace of mind above anything.

Besides being a successful therapist Nadine has many hobbies too. She likes reading, cooking, and touring. She also likes to watch movies in her spare time. She has a liking for Italian cuisine. She has her social media accounts on Twitter, Instagram, and LinkedIn.

Her net worth is about 5 million dollars. It is also expected that she received a good amount of money from her first husband, Jordon after their divorce. She is a licensed therapist and Pursuing her profession successfully so it is also a good source of her income.

There are some really interesting facts relating to her life. She holds dual citizenship of British and American. Her first husband Jordan Belford bought a yacht for her and named it after her ‘Nadine’. It was his sweet gesture of showing love to his beautiful wife. But the yacht didn’t take so much love and unfortunately sank while a party was going on in it near Sardinia’s east coast. They held the party despite the warnings given by the captain.

She was in the commercial for “Miller Lite” beer. Her beauty also brought her many other offers. She also participated in national modeling campaigns. The talented model gave up on her modeling career after getting married to her first husband Jordan. She became a full-time homemaker after her marriage. Now we can wrap this up by saying that she is not just a beautiful woman she is more than her beauty. She was extremely good in her academics and was also doing well in her modeling career. But she became involved in many controversies once she tied her name with the drug-addicted stockbroker Jordan Belford. They got married in 1991. Jordan was abusive towards her and also cheated on her. Once he came out of jail they decided to file a divorce. In 2006 Caridi again found love in life and got married to John Macaluso. He is her present husband and they are sharing a beautiful relationship with their children and living attractively in the USA. At present, she is pursuing a career as a licensed therapist. The positive woman is also a member of a foundation named “PS I love you” and she is very active there. Her story is an inspiration to many. Despite all those horrible incidents she never gave up on life rather she always came back stronger and found her happiness.

Next article Love Logos? Here’s What Software You Need to Make Your Own Logo 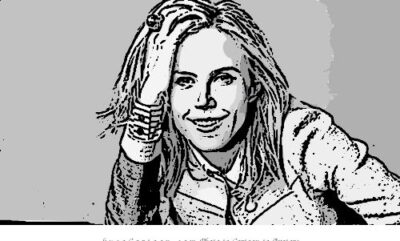 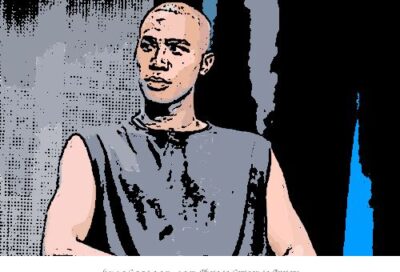 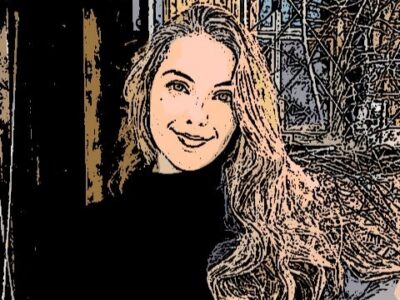