Home is where an individual’s being is shaped. Everything children see in it makes a pivotal part of who they are and what they will be. The sight of domestic violence is not something anyone wants their children to witness and remember for there is no assurance when the marks it leaves will leave or if it will ever.

Domestic violence is a serious global issue that wrecks families and taints lives in the worst ways there are. It is a continuing experience of physical, emotional, mental, and/or sexual assault inside the home, creating an atmosphere of terror and insecurity. The abusers use their strength and dominance to control, manipulate and hurt one or more members of the family. A maltreatment most common among romantic couples, domestic violence chooses no gender when it comes to its victims. Both men and women can become a predator and a pray.

Families who live with violence dwell in utmost fear and chaos everyday. It isn’t a matter to be disregarded because it wounds not only the direct victims of mistreatment but also the witnesses of it which are oftentimes the children in the family. With the young minds and innocence that children still bear, seeing domestic violence is traumatic in every way. Their perspectives and lifestyles are blemished, yet what’s more, their growth and development are tarnished.

Children who witness family violence experience grim mental health troubles, but another thing to take note is that their personalities and behaviors can also be horribly flawed. Of course, how these children respond to the visible existence of aggression at home are different from one person to another, but nobody can deny the fact that their actions now and soon are and can be results of the violence they see.

Here are the grave long-term behavioral effects of family violence on children who witness it. Understand them well, so you can help people you know who are victims of domestic violence or help yourself who’s one of them.

AGGRESSIVE SPEECH AND YELLING TOWARDS ELDERS

Children who are always on the scenes of domestic violence may show assertive habits towards elders inside and outside the family circle.

Most likely for kids beginning from preschool age, they pick up the fiery attributes that they see and hear from the abusers at home. This is noticeable when these kids themselves are being disciplined, especially even without violence on them. They may respond disrespectfully to their elders whenever they are corrected or restrained to do what they want.

Aggressive speech and yelling can be the results of them being exposed to the sight of verbal domestic violence daily. Typically, this manifests when the children who witness the abuse are not enlightened, guided and taught properly by older family members who can drive them away from learning to do and speak of the same kind of violence they hear.

When children are let out there in the area where violence happens and are not protected and educated about the dangers of it, they might see the abuser’s actions as fine. Especially since they are not hidden away and when nobody tries to stop the beating up, they might think that it’s not a big deal, and that it’s acceptable.

Some younger kids might even think that it’s “cool” when one person overpowers another person or a group of people, so they end up bullying other children. They can turn into thugs that ruin other kids’ lives if they are not honed to understand that domestic violence is a dire crime.

The mental and emotional effects of witnessing domestic violence are reflected by the behavioral changes seen and heard from children.

Constant crying is one of the most obvious indications of children’s anxiety and depression regarding the family’s difficult situation. They burst into gloomy or hysteric tears even when they are alone, even when they are sleeping and even when no violence is happening simultaneously.

When you notice these on your kids who are witnesses of domestic violence, immediately talk to them in private and attend to the psychological assistance they need.

When the culprits of violence inside the home are abusers of alcohol and illegal drugs, children’s exposure to them might influence their lifestyle choices as they grow up. Not all but some children unguided by knowledgeable parents get impelled to do the same wrongs including alcohol and substance abuse.

This is especially when the abuser is also manipulating the children’s lives, teaching or persuading them to live the same dreadful life and do the same bad things they do to their victims. Because the offender is under the tremendous influence of alcohol and drugs, they don’t care anymore about the future of kids in the family. This is saddening and harmful for the children and for the whole household.

LACK OF PARTICIPATION AND INTEREST IN SCHOOL

Kids who witness family violence and are distraught and terror-stricken about it tend to show lack of school participation, poor interest in it and distracted attention. Their focus is traumatized by their family’s issues that even when they are outside home, they can’t help but have the violent scenes replayed in their heads even when they don’t want them to.

Self-esteem is an important factor in a child’s education, and it’s also one of the biggest casualties in domestic violence. When children’s self-esteem plunges, their learning systems and capacities are impaired. That’s why they tend to be absent, arrive late or want to drop out of school.

TRUST ISSUES HINDER THEM FROM WELCOMING PEOPLE INTO THEIR LIVES

The psychological bruises that witnessing domestic violence leaves on children’s lives affect how they trust people. Often, they develop big walls of trust issues that hinder them from accepting and welcoming new people into their lives.

Because they have seen violence right in front of their eyes right inside their family, they are afraid to see the same thing again and worse, to experience it themselves. This affects how they build and maintain social connections as it makes them reluctant to find friends, to positively respond to people’s reaching out and to learn to rely on others. Especially if they have to be new friends with strangers, it’s difficult. Sadly, this is the same for their friendships and romantic relationships.

RESORTING TO VIOLENCE IN THEIR FUTURE RELATIONSHIPS

Children who witness abuse in the family may grow up believing that violence is a quick and acceptable way to settle disagreements between people because it leaves the victim speechless, so the discussion is done in no time. This can transform them into cruel monsters shattering people’s lives, resorting to violence in their future relationships.

When boys are never thought that women inside their family must be highly respected, they might never know of this crucial truth. Because of that, they may become abusers of women in their relationships. Yet on the other hand, girls who have seen the supremacy of abusers in their own families might also become abusers of their own husbands in the future. These are all results of seeing family violence and not being ushered to uprightness.

On the other side of the coin, some children who witness domestic violence turn to the same thing against their partners maybe because they don’t want to be victims of what traumatized them during their childhood. Especially when they get totally anxious that their partners may become abusers, they may think of going ahead of the possibilities and become the abusers instead. Sometimes, it’s also a form of revenge that unfortunately gets taken out to other people uninvolved in their past.

Nothing can justify the oppression that abusers inflict on their victims, but some causes of domestic violence include jealousy, family background, anger management issues, inferiority complex towards the partner, consumption of illegal substances and alcoholism. It is a misery for victims and witnesses to live in a home of horror because of this kind of abuse.

If you are a victim of domestic violence by your intimate partner or by another family member and at the same time a parent to your dear kids, know that you can do something to protect yourself and your children from the dangerous effects of this neglect.

While it depends on your relationships with people, having somebody you can completely trust to share this confidential family problem will help; they could be your reliable family members, relatives or friends who can give you proper advice and help you get in touch with community services that can greatly assist you.

Next article Top Features of a Reliable Home Care Service 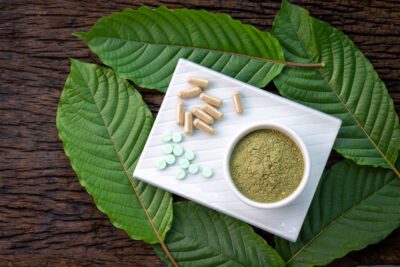 Kratom Store Near Me: What Are the Benefits of Kratom? 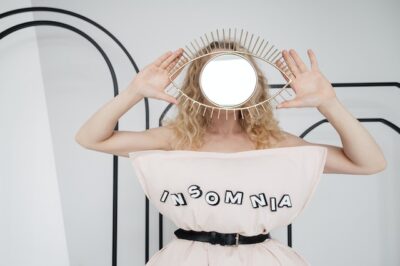 Insomnia in Early Addiction Recovery: What Are Your Treatment Options?