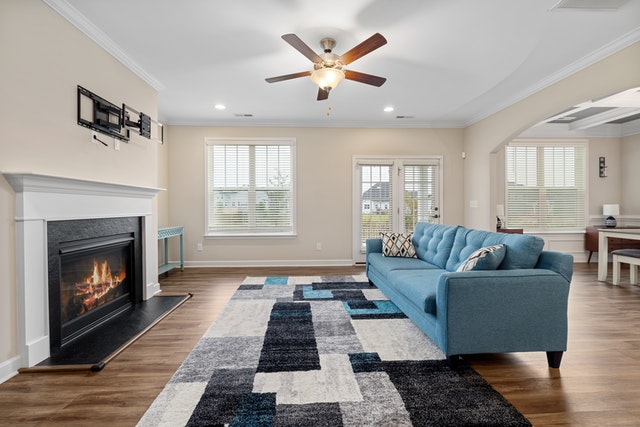 By the mid-1900s, you could find ceiling fans in homes across America. However, the rise of central air conditioners did lead to a fall in the ceiling fan’s popularity. Where have we landed today and are ceiling fans outdated?

We’re here to tell you that although central air did make a dent in ceiling fan use, this appliance does have staying power.

Read on to learn more about ceiling fans in 2022 and why you’re going to want at least one in your home.

Why Do Fewer Homes Have Ceiling Fans Now?

The primary reason that so many homeowners wonder if ceiling fans are outdated is that we don’t see them as much as we used to. Where did they all go?

Ceiling fans provided an early solution to internal temperature control. When they first hit the market, you were most likely to find them in southern regions with high temperatures that lasted well into the fall season. Because central air conditioners packed a much more powerful punch, many homeowners and developers stopped relying on ceiling fans, taking them down altogether.

This shift didn’t represent a change in aesthetic or overall taste. Instead, it was one borne of what seemed like convenience at the time. AC is stronger, the technology was newer, and homeowners reacted hastily to their upgrades.

Why Should You Bring Ceiling Fans Back Into Your Home?

Whether or not you have AC, there are still plenty of compelling reasons to bring ceiling fans back into your home. Let’s take a look at some of the benefits of having a ceiling fan in the bedroom, the living room, the sunroom, and beyond.

Let’s take a quick moment to acknowledge an important fact: electricity isn’t cheap these days and running your AC can rack up a serious bill. By turning on a ceiling fan, you can better disperse your cooled air, allowing you to turn your AC down a few notches. Plus, ceiling fans are perfect in those between-seasons, when it’s not blazing hot but it’s still a little too warm for comfort.

Why is this cost-effective? It takes far less energy to power a ceiling fan than it does your AC system. That means that you’ll lose far less money to flip the switch on that ceiling fan.

Ceiling fans are ideal for increasing indoor comfort. Still air can feel a bit stifling, no matter how warm or cold it is. Plus, when the air remains still, it can start to feel (and smell) stale.

Modern ceiling fans often come with a reversal feature, allowing you to spin the fan in the opposite direction. This creates a warm breeze, making ceiling fans the perfect appliance for every season.

Perhaps you’re wondering why it wouldn’t be better to go out and purchase a few box fans or stand fans for your home. While these will do the trick, they will also take up space.

Ceiling fans don’t take up any floor or wall space at all. Plus, when you don’t want to use them, you can turn them off and forget they’re there. No need to find extra storage space for a ceiling fan.

Decorating With Ceiling Fans Is Easy

Nowadays, you’re going to find ceiling fans in a variety of styles. Gone are the days of the uniform wooden slats finished in a boring brown color. You’re sure to find a ceiling fan with the right aesthetic touches.

Don’t believe us? Take a look at options from the Modern Fan Outlet and Minka. These aren’t your grandmother’s ceiling fans.

What is the surest marker that ceiling fans are far from outdated? Installing them will increase your home value.

Most buyers are looking for turnkey or move-in-ready properties. Ceiling fans aren’t the make-or-break factor for most buyers but when a house already has them, it does sweeten the deal. When a buyer has one less thing to pay for that they’d like to have, they’re willing to pay more for the property.

What to Consider When Choosing Ceiling Fan Styles

How can you pick from popular ceiling fans on the market today? What should you look for in a ceiling fan that will allow you to get the most use out of it? Let’s take a quick look at this brief ceiling fan buying guide.

The first thing to look for in a ceiling fan is functionality. Do you want your ceiling fan to provide a lighting solution? Is that reversible function important to you?

Make sure that you know what you’re getting and read reviews, as well. It doesn’t do you any good to buy a ceiling fan with built-in light fixtures if those light fixtures show up faulty 90% of the time.

Aesthetic comes in as a close second behind functionality. Sure, people may not look up as much as they look around. Still, buying a new ceiling fan gives you the opportunity to pick a design that goes well with your interior design.

Start by defining your interior design style. Is it modern, industrial, chic, or rustic? Then, search for ceiling fans using these keywords to narrow down your options.

Are Ceiling Fans Outdated? No Way

Ceiling fans may have declined in popularity in the mid-20th century, but are ceiling fans outdated? Not at all.

Looking for more ways to improve your home? Take a look around for DIY design guides, contractor hiring guides, and beyond. 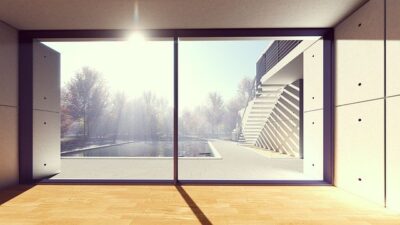 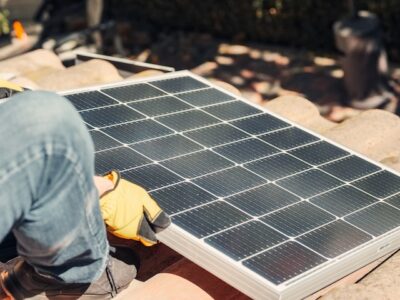 Your Guide to Choosing the Right Solar Power Systems for Homes 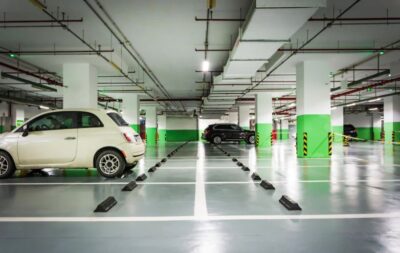 How to Protect Your Garage Floor

January 4, 2023
There are no comments yet No comments