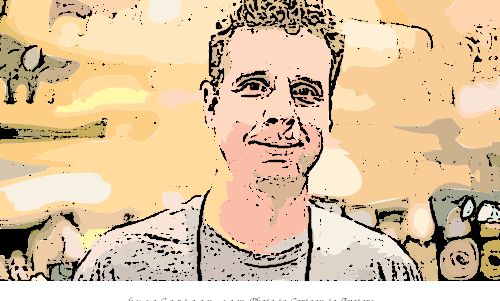 Jamie Siminoff is 45 years old, wise, brown-haired, handsome man with 5 feet and 9 inches in height and 75 kg weight. He is an influential, mission-driven business entrepreneur and inventor, born on Oct 18, 1976, in New Jersey, America. Nowadays lives in Los Angeles, California.

He started his education at West Morris Mendham High School, later graduated in 1999 from Babson College, Wellesley, Mass, in Entrepreneurship. The college is famous for turning students into successful business people in a safe greenhouse environment for entrepreneurs. He launched many startups with great success during his stay at college and got tremendous acknowledgment of his work. Apart from this, his name was on the roll of honor.

Once he was working in his home garage, far away from the door, he thought to connect the doorbell to his phone to see the visitors. He continuously worked on this idea. He used Wi-fi, surveillance cameras, and security alarms to watch visitors and make the home and surrounding safe. He was successful in inventing a new kind of automated doorbell using cell phones and Wi-fi. He runs a tech company, “Ring,” as an entrepreneur ,offering excellent home security and innovative home solutions, products, and services, previously known as DoorBot. On Feb 27, 2018, he sold Ring to Amazon for $1.8 billion.

According to the latest data, Jamie holds a net worth of $350 million in 2021 after- tax deduction. His company Ring provides the first Wi-fi video doorbell, the best home security system by automating doorbells, cameras, and alarm systems. He was the chief inventor with a great mission of saving the neighborhoods and helping them to live with peace of mind as a community. He was much more interested in building products than selling them as a business.

Moreover, he continuously inspired his team by sharing his mission of a safe and intelligent community. His company DoorBot made tremendous progress in 2013. Previously, he had invested in different companies like Phone tag and unsubscribe.com but subsequently sold them.

In 2013, in a reality show on TV known as Shark Tank, investors invested money in the business plans if they liked the idea. He enthusiastically participated in the program with his new business ideas, investor appreciated his work a lot but did not show interest in the investment in his business, and consequently, he returned empty-handed, broken, and with tears in his eyes. Hence, he continued to work hard persistently without stopping his struggle. He believes stopping is death, so ultimately, after a long hard work, he got massive success in his career. Besides, he also thinks every hour of hard work and integrity helps buy another new opportunity, and entrepreneurs are a source of creating future jobs for other community members by building new companies.

Jamie also married her gorgeous girlfriend, Erin Lindsey, and had a baby boy, Oliver Siminoff. They lead a happy married life without any difficulties. His wife was also an entrepreneur for more than eighteen years at Fox 2000. She also worked in some hit movies like “The fault in our stars,” “The hate you give,” Etc. Behind her husband’s success, Erin constantly supported and encouraged him to work hard to achieve his business tycoon dream.

When Shark Tank rejected his business ideas, he again started to struggle to collect funds without stopping his struggle; luckily, he met a potential investor Shaquille O, Neal, who worked as a company spokesperson and financer. They rebranded the company with a new name from DoorBot to Ring. The company Ring worked with a mission of reducing the crime rate. The business began to multiply rapidly with a net worth of $7million to $700 million. Then Amazon bought the company in over I billion. Jamie believes losers quit if they fail, but winners try until they succeed. With the continuous support of Amazon, Jamie innovates the products and services related to home security. After buying the company, Amazon keeps the original managers and CEOs s with it. Siminoff was the company’s CEO; he introduced new products like a car alarm and security drone that flies around the home. Now the company can reach many potential customers and start as a leading growing business worldwide under the umbrella of the worldwide industry of Amazon. The company Ring also built an alarm system for the safety of the entire home. The Ring gives a cheaper alternative to installing products at more reasonable rates. Siminoff often took a list of SEOs, in the company and encouraged them to show ownership to increase the size of good management. He empowered his team to own the company and make a decision for its progress, and it was like decentralization of decision making and focusing on minor things. Therefore, Managers are allowed to say no to products if better products are available. Siminoff thinks my success is due to making the inventions, forwarding the mission forward, and solving the problems. He usually likes to travel to refresh his mind, take a break from work, and prepare for future innovations. He also does jogging every day, giving time to think and releasing the work stress from your life. He is very inspired by his father, Sir James Dyson’s hard work, having a pipe factory, and learned that one could achieve his goals if one works hard. His father was also an inventor who always thought to solve the customer’s problems and established a high-quality international brand of Dyson products. Siminoff believes he and his team leaders’ enthusiasm inspire the other employees to work with the motivation of making safe homes and surroundings.

From Siminoff’s life, we conclude that we take our team together, make progress, and significantly impact the world if we have a mission. Jamie worked persistently, with a noble mission of a safe and secure home and surroundings. His goals prove a great motivator and his hard work give rapid business growth. In short, he improves his marketing content and strategies to make the Ring a top-notch successful company worldwide.

Next article Melanie Olmstead Biography and cause of death 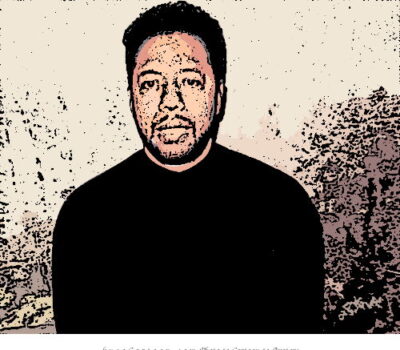 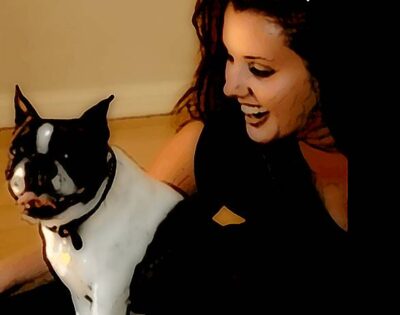 September 11, 2021
There are no comments yet No comments