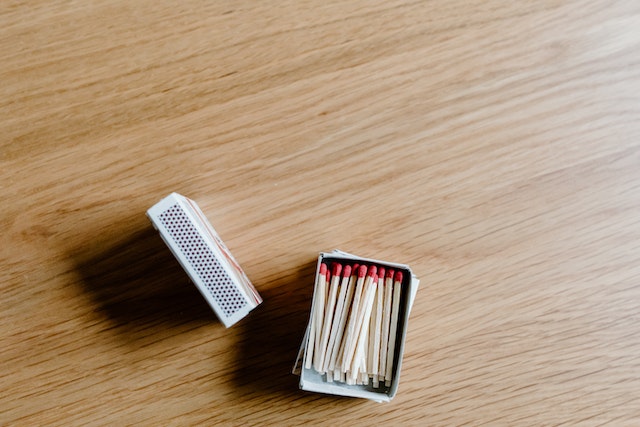 Researchers now believe humankind—or our early ancestors, at least—discovered fire as far back as 1 million years ago. And the discovery revolutionized our evolutionary history, eventually propelling our ancestors forward into a life of smartphones and skyscrapers.

Today, we tend to take fire for granted, especially since we have lighters and safety matches. With one flick of the finger or strike of a stick on a matchbox, we can get a flame. However, unlike our early ancestors who commanded the open fire, how many of us know how safety matches actually work?

Read on to channel your inner ancient hominid and master the match.

When Were Safety Matches Invented?

One of the most successful early examples of matches comes from China.

Chemists in the 5th century AD coated wooden sticks in sulfur and set them on fire. They burned bright, and by the 10th century, they were widely used across the region. However, they only solved the problem of portability; they didn’t ignite by themselves.

It wasn’t until the late 17th century that matches resembling the safety matches of today appeared. A German alchemist by the name of Hennig Brand really wanted to turn random metals into gold. While he didn’t achieve this feat (in fact, it’s basically impossible), he did manage to extract pure phosphorous, which he promptly set alight.

Inspired by Brand’s research, Jean Chancel invented the first real matchstick in 1805. He coated a thin stick of wood with a mixture of:

The combination caused spontaneous combustion and released toxic fumes, so it wasn’t exactly a viable invention. It took another 50 or so years before matches were safe enough to market to regular consumers.

What Are Safety Matches Made Of?

So, are you using matches today made of the same stuff Chancel’s were? We think not!

While matches today still feature a small wooden stick, they also have a distinctive head on the end of that stick. And that head is made of sulfur (or antimony (III) sulfide), an oxidizing agent—usually potassium chloride/potassium chlorate—and powdered glass. The sulfur is what gives matches their distinctive “rotten egg” smell when first struck.

The materials that make up the head are bound to the matchstick using glue derived from animal byproducts. This acts as a binder and aids burning. The stick itself is soaked in an afterglow suppressant like ammonium phosphate or paraffin wax.

Matches come in a cardboard sleeve with a pull-out drawer called a matchbox. It features two rough sides—the striking surfaces. These areas contain powdered glass (like the matchstick head) and red phosphorous.

How Do Safety Matches Work

No matter the types of matches, they pretty much all work similarly. But to understand what happens when you strike a match, you need to learn a little about the concept of combustion.

Combustion is the act of an item catching on fire. In some cases, this occurs due to human action or natural phenomena. In other cases, it happens spontaneously—as when there’s a chemical reaction.

There are three main types of combustion:

To which can the lighting of a matchstick be attributed? Since matchsticks burn in a short amount of time, causing heat for a limited period, they fall under the category of rapid combustion.

The head must be struck against the striking surface of a matchbox to get a safety match to light.

There needs to be enough friction generated to turn the red phosphorous contained on that surface into white phosphorous. And this only happens because both the head of the match and the striking surface includes a small amount of powdered glass.

The powdered glass rubbing together causes the necessary friction!

White phosphorous is volatile; once exposed to air, it ignites spontaneously. This creates a spark, catching the compounds on the head on fire. Now, all the match needs to keep burning is oxygen, and there’s plenty of that in the air around it.

The flame then burns down the length of the matchstick and is naturally snuffed out when it runs out of fuel.

When buying matches wholesale, you might be wondering if you should get safety matches or strick-anywhere matches. Honestly, it depends on your purpose for buying matches.

Strike-anywhere matches are hard to come by these days since they’re considered a fire hazard. They’re mostly sort after by wilderness adventurers and people living off-grid.

The What, How, and Why of Safety Matches Explained

Safety matches were first invented in the latter half of the 17th century, and the technology that lies behind them hasn’t changed that much since. They’ve simply been made even safer!

Of course, we still use matches for many reasons today: lighting a camping stove, incense, candles, or matches. But unlike the early inventors (pre-safety match days), you can do all these things safe in the knowledge that your fire stick won’t spontaneously ignite!

If you’re looking for deeper insights into the history and science of the items we use every day, re-visit our blog and browse our other articles.

Next article The Top Business Budgeting Mistakes to Avoid 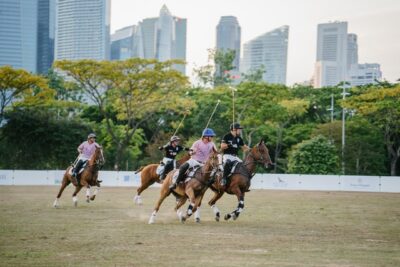 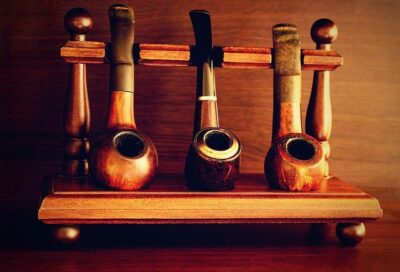 A Guide to Buying and Using a Chillum and One-Hitter 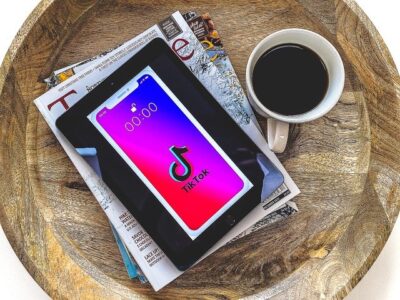 Earnviews: 6 Home Renovation TikTok Accounts That Are Worth To Follow

September 7, 2022
There are no comments yet No comments